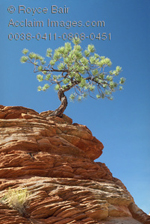 We were going into a third day of terrible fires on the beautiful Carmel
mountains near Haifa.
Unseasonable drought, unreasonable heat.
Lost and injured people.
Continual TV news reports showing a national disaster in the making.
On-line postings speculating about a new Intifada (Arab uprising against Israel) using fire - even though Israel's forests belong to Arabs and Jews alike.
And in the midst of it all, we were invited by our relatives from the center of the country. They were having a house-warming celebration.

My husband  said that he wasn't in the mood to go. I did not accept that. We Israelis often live and work, love and play, in spite of extreme psychological pressure, financial hardship and other negative conditions.
That "in spite of" response is a kind of defiance, pitting our prayers and talents against logic and the odds of success. Israelis even have a special word for it: "davka." Somehow it results in success... for individuals, communities and the country as a whole.
Stories abound of beautiful Israelis from all walks of life, doing remarkable things with their lives, in spite of... personal tragedy from terrorism, handicaps, financial poverty, the wars that plague our region, and other obstacles that usually cause failure. These examples inspire the rest of us to do what's right, rather than always "looking out for Number One."
I believe that the "in spite of" mindset has given me high vitality and a healthy outlook on life. And I'm not alone. Believe it or not, in spite of all our troubles, Israel registers a higher "happiness with life" than the world average: 7.0 on a scale of 10, ranking above France, Jamaica, Japan and even Singapore.
(http://worlddatabaseofhappiness.eur.nl/hap_nat/nat_fp.php)
Oh yes... in spite of the Carmel disaster, we went to our relatives to celebrate.
http://www.artleah.com/