What make humans different from animals? 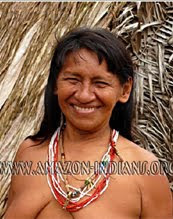 What indeed?
Both species rate food, shelter and sex as high priorities. (Although we assume that animals view that last activity as procreation rather than recreation, who really knows?) As for intelligence, humans definitely have competition: everyone knows how clever and perceptive dogs and cats are; and research shows a high level of intelligence in dolphins, not to mention monkeys....
But what kind of animal feels a need to decorate itself? Far as I know, none but man. And this is a very important distinction.
What lies at the root of this eagerness for adornment? The desire to stand out, to be noticed? Belief in the magical properties of ornaments, tattoos, talismans? It's clear that all of them play a part.
We might speculate that at the earliest stages of mankind's development, people might have been distinguished from animals mostly by their command over, and appreciation for, a sense of the beautiful, the aesthetic, the tasteful.
http://www.artleah.com
Posted by Leah Gerber at 9:32 PM