If I forget Jerusalem...


My grandfather on my mother’s side was a master jeweler from a long line of jewelers and watchmakers. Recently I mentioned this fact to two of my close girlfriends.
Their reaction was unexpected:  “Really?
You never told me that… Now it’s clear!” Their respect for me as a jeweler and designer took a sharp jump upward… but why? 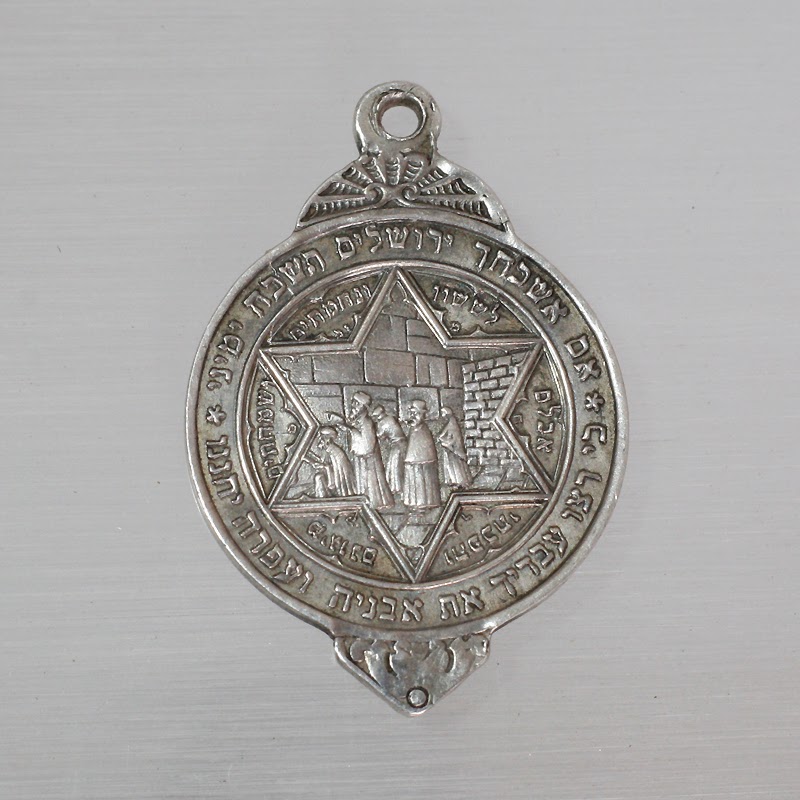 It was odd that I never considered the possibility that my mother’s father, Judah Leib Kugel, in some way passed down to me his artistic taste,

imagination, or skill in working with his hands.
I do remember, though, how he from Minsk moved in with us when we lived in Vilnius, Lithuania. He brought many religious books with him. He knew a lot about Judaism and often prayed. A quiet man, he didn’t care about everyday trivia, and he didn’t get upset either. He was just happy that the synagogue was close to our house, making it easy for him to reach it.


Grandfather Judah Leib died many years ago, while I was still a child. He left us a small group of objects he had created, hand-worked in gold and silver. I remember well the little silver figurines – two elephants and a tiny gun. My mother kept them in a special place, and as children we liked to look at them.


In addition, there were two pendants in the shape of a Magen David (Star of David). One was gold, worked in a classical style. The other was silver, in the form of a coin, which included a remarkable amount of detail: miniature pictures, engravings and inscriptions in Hebrew. My child-level appreciation did not see any special beauty in them, and I never had a desire to wear them.


Mum often said over the years that she would give these pendants to me and my brother. Eventually she gave him the gold pendant, and the silver coin-pendant came to me.


If she had switched her decision, I wouldn’t be telling this story. Nor would I have created this echo of my grandfather’s own work from the remote past….


By today's standards, the pendant would not qualify as a beautiful work of art. It’s crammed with tiny elements which cannot be appreciated except perhaps under a magnifying glass. There is a great deal of old-fashioned Hebrew writing, which even many Jews today cannot understand.


But that’s the point! I don’t exactly know who was the jeweller, who made this pendant, but he had captured a time in Jewish history that is now gone, never to return – and he showed remarkable metalworking skill in adding fascinating details… on both sides of the pendant.


As if that weren’t enough, I saw my own connection to Israel expressed in my grandfather’s pendant… almost like a prophecy that he left for our family to fulfill


(For those who understand Hebrew but have a hard time reading the inscriptions, my daughter Julia, who is educated in Judaism, has written them out.)
These wonderful engravings had obviously been made before I was born – not to mention before the state of Israel was born. Yet here I am today, living out my grandfather’s vision!


I had to express this beautiful truth – make it more accessible, more modern, more my own. My Judaica collection needed a unique addition: a ring that reproduces this pendant with all its amazing detail.


But how could I make a replica of the pendant without defacing and damaging it? The tiny details were an almost impossible challenge.


Sergey, a master at making ring molds, took up the challenge with pleasure. And Hannah, who works in his workshop, tried different injector pressures until they got it right. 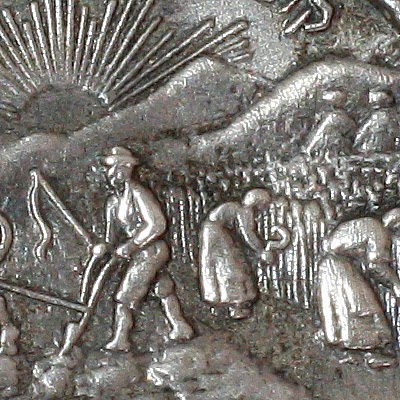 I examined the wax models with a magnifying lens. For a reference point I chose the hat of the plowman. If it was visible, the wax model was acceptable.


The tiny hat was visible on 2 models out of 10.  I had it cast in silver. It turned out to be such an exact copy that it was possible to read all the intricate Hebrew inscriptions.
Now I moved to designing a ring. The challenge of making both sides of this pendant visible on a ring was difficult, to say the least. But I discovered it was not the first time someone had tried it. 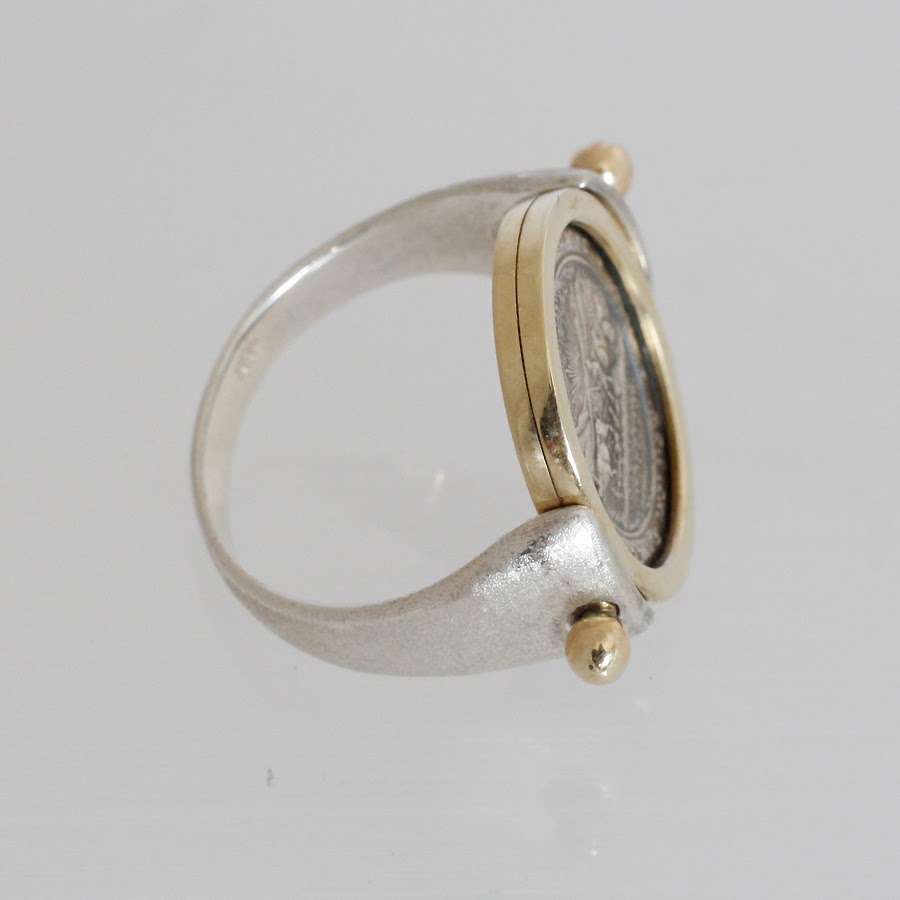 In a book that surveyed “7000 years of jewelry art,” such rings were designed in 600 B.C. The strategy of the ancient jewelry designers was to make the top plate able to flip over, so that both sides could be viewed as desired. It’s a clever trick that makes great sense. 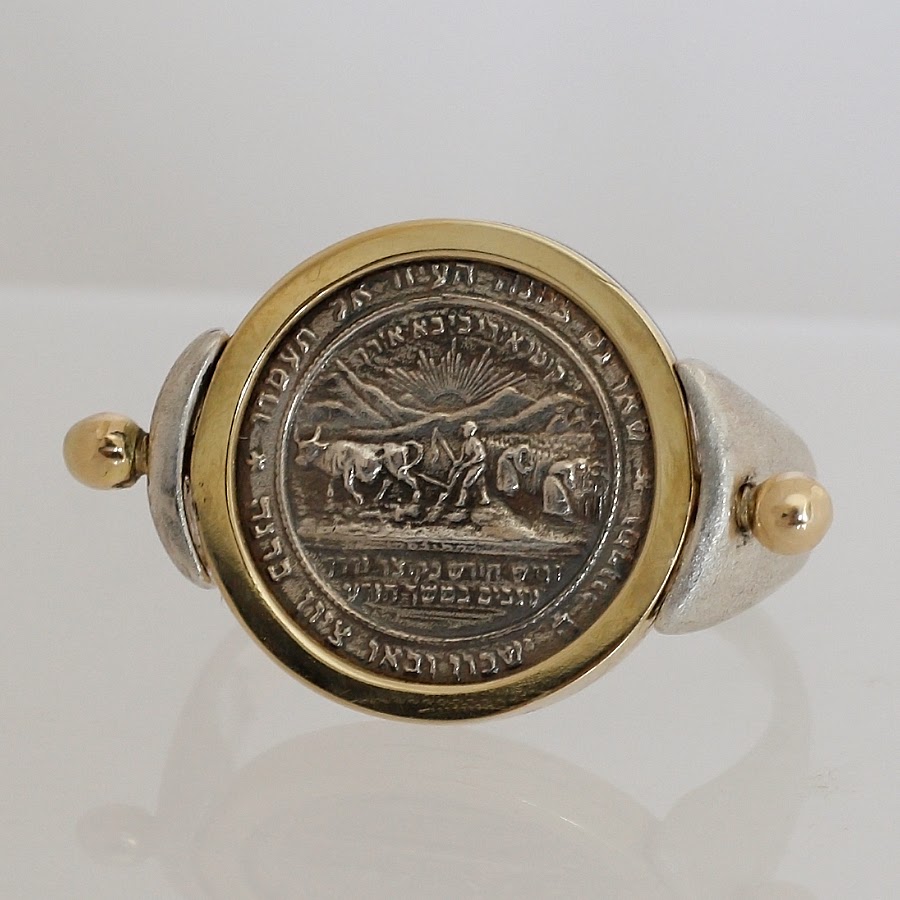 Here is the finished ring. I wear it with pleasure.

I remember how pleased my grandfather was, so many years ago, the
the first time that I as a young child wanted to show respect for a Torah  (in Russian 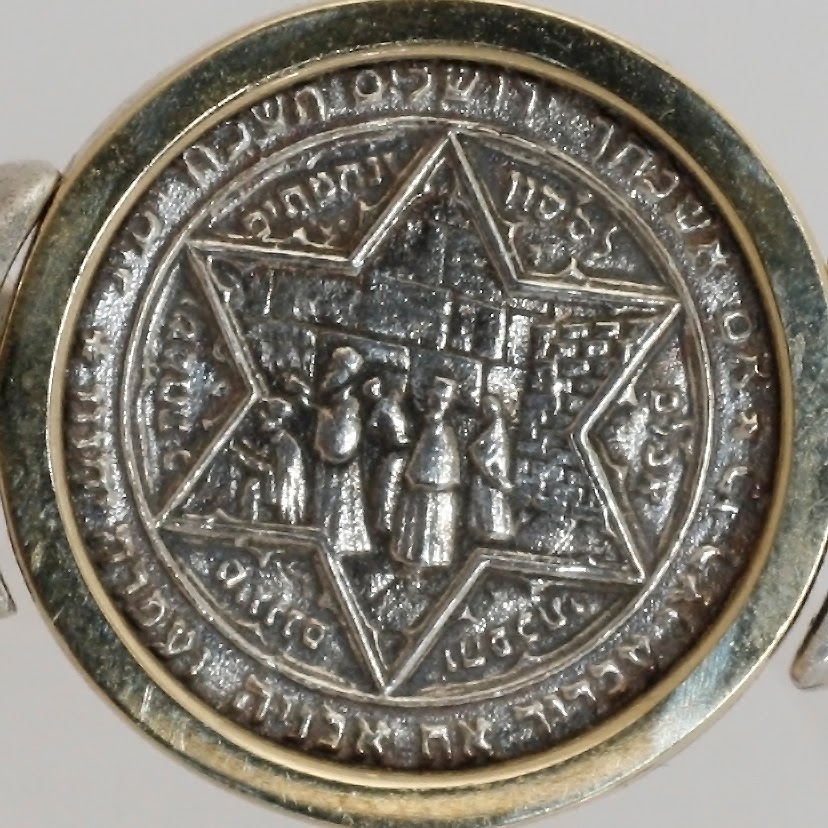 
I think that he would be glad to see how his legacy has been put to use.
(For those who understand Hebrew but have a hard time reading the inscriptions, my daughter Julia, who is educated in Judaism, has written them out.)


Side One: The Longing for the Land. A group of bearded Jews prays at the Western Wall, most in Middle-Eastern garb with turbans, with one dressed like a Western gentleman in tophat and cape. The prayer area is portrayed as it was under Muslim rule, with brick barriers that left only a small section of the Wall open for Jews.


The Hebrew inscription quotes two Bible verses: “If I forget you, Jerusalem, may my right hand forget her skill” (Psalm 137:5), and, “Surely Your servants find pleasure in her stones, and feel pity for her dust” (Psalm 102:14).


Arranged between the points of the star is this promise: “For I will turn their mourning into joy, and will comfort them and give them joy for their sorrow” (Jeremiah 31:13).


וְהָפַכְתִּי אֶבְלָם לְשָׂשׂוֹן וְנִחַמְתִּים וְשִׂמַּחְתִּים מִיגוֹנָם
Side Two: The Vision for the Land. In the 19th-century style of farming, a plowman follows his plough and women harvest a wheat field, as the sun rises over the mountains.
The Hebrew over the sunrise is a well-known prophecy calling the Jews back to Israel: “Rise, shine, for your light has come” (Isaiah 60:1).
קוּמִי אוֹרִי, כִּי בָא אוֹרֵךְ
The inscription under the workers is another one: “The plowman will overtake the reaper, and the treader of grapes him who sows seed” (Amos 9:13).
וְנִגַּשׁ חוֹרֵשׁ בַּקֹּצֵר, וְדֹרֵךְ עֲנָבִים בְּמֹשֵׁךְ הַזָּרַע
In the outer circle, this call runs across the top: “Lift up a standard toward Zion! Seek refuge, do not stand still” (Jeremiah 4:6);
שְׂאוּ-נֵס צִיּוֹנָה, הָעִיזוּ אַל-תַּעֲמֹדוּ
…and this declaration along the bottom: “And the ransomed of the Lord will return and come to Zion with singing” (Isaiah 35:10).
ופדויי יהוה ישובון, ובאו ציון ברינה