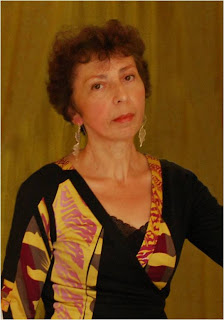 Many years passed before Ester developed this new collection. And if 20 years ago anybody would have told her that she would someday develop jewelry ornaments with symbols from Kabbalah, it would have surprised her and even made her laugh.
Back then, she was living quite securely in the beautiful city of Leningrad. She loved her two daughters and her work as a mechanical engineer. In her free time, she made innovative styles of suits (she was a good seamstress).
In general, she was always attracted to original art designs and other beautiful things.
After coming to Israel, her family went through all the difficulties of absorption in the new country – ignorance of the language, poverty, stresses caused by three generations being crowded into one family apartment, and illnesses. Ester found comfort and wisdom in the ancient Jewish teachings known as Kabbalah, which in the 20th century became more accessible to the general public. Some ancient predictions say that in the 21st century, that trend will increase.
Nearly everyone has a different opinion about Kabbalah, its value and relevance, its power to connect someone with God, or to give insight into human nature. Its teachings are also interpreted differently depending on the orientation of the teacher.
Ester credits Kabbalah with helping her to understand how the universe is put together, allowing her to break through personal barriers and define latent psychological problems which were so deep that neither she nor her relatives were aware of them. She credits a Kabbalistic healer with helping her recover from a serious illness as well. She is enthusiastic about sharing her discoveries with others through her artwork.
Ester’s New Collection – Seventy-Two Names of the Creator.
Everyone who believes in God wants a connection with Him, and Judaism teaches that. He also wants a connection with them. Kabbalah describes God as revealing Himself to man through 72 different Hebrew names, each one describing a part of His character. 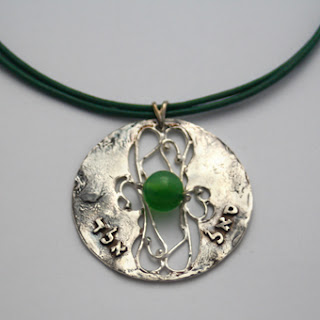 These combinations of Hebrew letters can go with you every day, reminding you of Him, influencing your ideas, your words, and ultimately your behavior. Right actions bring God’s blessing, and that’s what you really want for your life.
Such ornaments can be created only with thoughts of love for the people who will wear them. So each piece Ester makes receives a droplet of her love and blessing.